The consumption of fresh orange is very common in Brazil, where the fruit is abundant, but in most other countries what is consumed is orange juice - which can be fresh (squeezed at home, directly from the fruit) or industrialized.

In the processing industry, the juice can also be of two types: frozen concentrated juice (FCOJ [1]), whose water is removed from the natural juice; or non-concentrated (NFC [2]), pasteurized juice without removing water.

In addition to the juice, there are some components of the orange that, not being used in production, are used by the industry as by-products, which can also be exported.

The main by-products of industrial juice processing are:

a) Comminuted Citrus Base

Product resulting from the grinding of the whole fruit or a little concentrated juice mixed with the ground peel, used as an ingredient for fruit-based drinks.

It is the broken juice buds and internal fruit walls that are left over after the juice extraction process. It can be re-added to the juice.

c) Juice extracted from the pulp

Juice obtained after washing the pulp, containing solids from the fruit. It can be used in fruit-based drinks or as a source of sugars.

Oil extracted from orange peel, used in the production of compounds for beverages, cosmetics and chemicals.

Composed of the components resulting from the evaporation process, separated into an aqueous and an oily phase. Both phases are raw materials for the beverage and food industries and can be re-added to the juice.

The main component of orange peel oil. It is used in the plastics industries as a raw material for the manufacture of synthetic resins and adhesives.

Pressing the orange pomace produces a liquid whose fermentation results in alcohol. 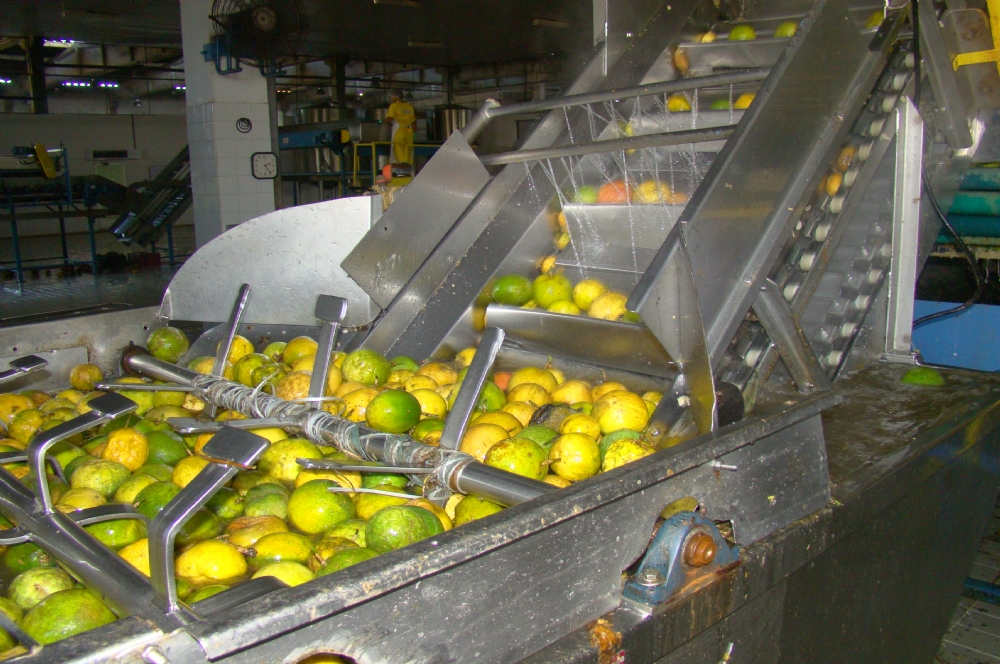